From the part where it was easiest to attack, that is to say the sides which border the east and south, there are four towers whose corners are made of sandstone blocks. Of these, two are rhomboids and flank the entrance called the "Portalet"(small gate). The highest tower is the one known as “Torre de sa Boira" and the other, further from the gate, is called "Torre de ses Dames". The other two towers are located in the centre of the sides; the eastern tower is called "Torre d’en Banya", and the southern tower, "Torre des Costerans". The four towers are covered with a barrel vault. The tower called Costerans has a square floor and a larger surface area than the others, one metre more per side. It is the most visible and is regarded as the main tower. The four towers annexed to the castle walls were built once the construction of the walls had been completed. They therefore date from after the walled enclosure. 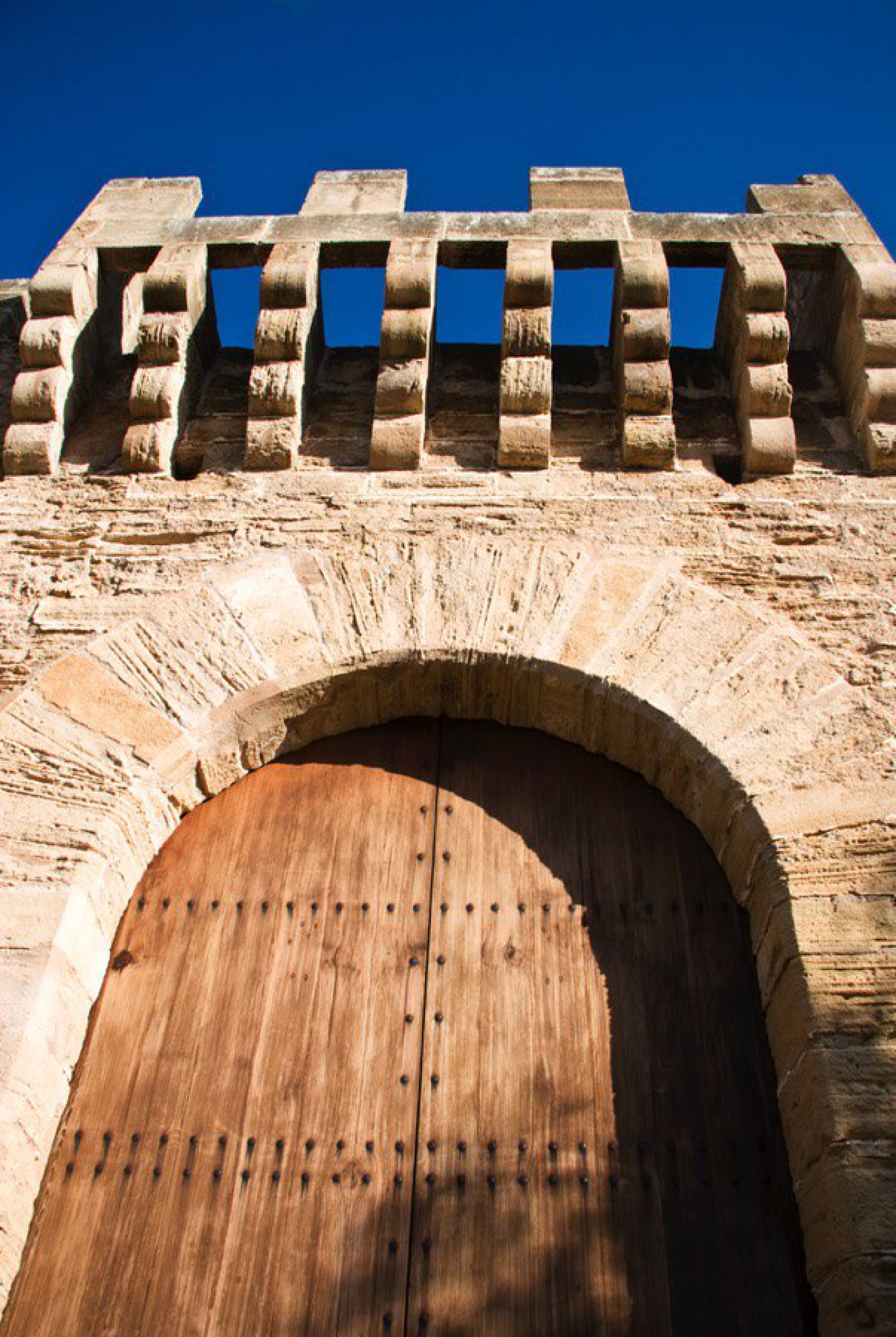